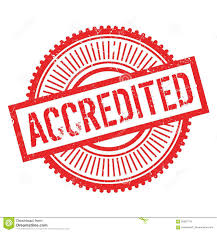 One of the issues that has attracted much attention in medical education circles in recent years is the issue of accreditation. The study of the fifth development plan of the Islamic Republic of Iran also highlights the importance of the major policy makers in improving the quality of higher education. In recent years, efforts have been made to establish accreditation structures in the fields of medical education in the medical sciences of the country, but undoubtedly the correct realization of this important issue, with the correct and comprehensive recognition of the concept of accreditation, the strengths and weaknesses , The process of establishing a trustee structure, and the stages of validation, will not be possible. Accreditation History In 1862, the US Congress passed the so-called Law on Land Donation. Under this law, federal lands were leased to state governments to establish state universities. Gradually, doubts about the quality of education provided by these institutions were raised. In fact, accreditation was introduced to respond to these doubts. As higher education in the United States lacks central monitoring, accreditation initially serves as a response to the existing need for nongovernmental oversight on the quality of educational institutions, as well as the establishment of regional and specialized standards to ensure that the quality of the institutions is upheld Although accreditation is rooted in North American countries, it has undergone many changes and changes with international expansion. One of the most extensive activities in expanding accreditation outside of North America is the European level, especially in Eastern and Central Europe. In many Western European countries, there was no need to establish accreditation structures for a long time. Because in many of these countries, quality was usually defined as conformance to the stated goal. These countries witnessed the rapid expansion of higher education, which in itself caused increased pressure on public resources, high rates of unemployment and more autonomy of institutions. As higher education in these countries was predominantly public-public, there was no need to establish accreditation structures because it was believed that these institutions-programs were bi-factorized. Higher education institutions are licensed to issue certificates in these specialties, and this is seen as a kind of accreditation. In Eastern and Central Europe, the situation was very different. After the destruction of the Berlin Wall, the countries of the region felt that they needed to change their higher education system. Most of these countries chose to use accreditation, which made accreditation not only become a powerful tool in the hands of governments for identifying quality, but also as a political and economic tool. The concept of credibility with the definitions of classifications that are classically accredited Accreditation is provided by licensing or certifying a unit of training that is based on the judgment of the relevant area’s experts. It is based on the definitions given by the Council on Higher Education Accreditation ) In the United States, Accreditation is a process driven Self-assessment and evaluation of colleagues to ensure the quality of an institution or university course aimed at improving quality, accountability, and determining whether the institution or program concerned complies with the standards issued by the relevant accreditation body, as well as its mission and objectives. . Reassignment can be done for an Institutional Accreditation, or it only covers specialized courses (Specialized Accreditation). If the evaluation unit in the accreditation system is the whole of an institution, the quality of the organization and its activities including administrative affairs, budget, other resources and facilities, research affairs, educational facilities and quality assurance mechanisms in that institute are evaluated. Take up But if the assessment unit in the accreditation system is a training course, then the quality of the course is evaluated in a specific area. For example, in the medical sector, the accreditation of curricula determines whether the medical school of the national standards on the organization, performance and efficiency of the general medical training course or the course of each specialized discipline has adhered to it, although In many ways, the accreditation of the program and the institution has common principles, but for ease, the concept of accreditation continues to refer primarily to institutional accreditation. Reconciliation as a system of organizational evaluation (Orginazation Assessment) The following are the main elements: 1) An organization that conducts evaluations of EOU Ray .2) Standards and possibly written and written tools for conducting evaluations. 3. A pre-set schedule, for example, every four or five years for evaluations; 4. Use of comments. Multiple evaluators in order to judge the quality of the evaluated unit.5) The impact on the assessed entity status is based on the results of the evaluation. By summing up the above, we can say that accreditation is a process in which a specified organization Using a set of experts in a specialized field, based on pre-defined, standardized standards, Regular periodic assessments of educational units in the field to measure and teaching them about the awarding authority decides. Although initially, accreditation was carried out exclusively in the field of education,

Start typing to see posts you are looking for.